LO1: Identify the relevance of mathematical methods to a variety of conceptualized engineering examples.
LO2: Investigate applications of statistical techniques to interpret, organize and present data.
LO3: Use analytical and computational methods for solving problems by relating sinusoidal wave and vector functions to their respective engineering applications.
LO4: Examine how differential and integral calculus can be used to solve engineering problems.

Scenario:
As an electrical and electronic engineer, you always encounter equations, problems, and data that need to be analyzed in order to understand the results in a practical way. You are working as an engineer and you have completed many tasks in a job that you were asked to carry out. A report must be prepared for your senior in order to analyze the results that you have obtained in your experiments. You must analyze the results carefully using the methodologies that you have learned in engineering maths. Your report must be clear and presented in a professional way as this will have a major impact on how well you impress your superiors and obtain the promotion that you have been working for a long time. All the tasks must be finalized on time and the analysis must be thorough and convincing.

Buy Answer of This Assessment & Raise Your Grades

LO1: Identify the relevance of mathematical methods to a variety of conceptualized engineering examples.

a- The speed of sound in gas might plausibly depend on the pressure Ρ, the density �, and the volume of the gas. Use dimensional analysis to determine the exponents, � and � in the formula. where is a dimensionless constant?
Incidentally, the units of pressure are kilograms per meter per second squared.

b- Force of viscosity F acting on a spherical body moving through a fluid depends upon its velocity (v), radius (r), and coefficient of viscosity ‘η’ of the fluid. Using the method of dimensions obtains an expression for ‘F’.

g- The following data shows the number of people (in thousands) who own an apple cell phone device in Canada.

1- Determine an exponential equation that fits this data
2- If the increase in sales continues to increase at this rate, use the model to predict how many people will own a cell phone in 2025.
3- Determine the average rate of change between the years 2006 and 2010. 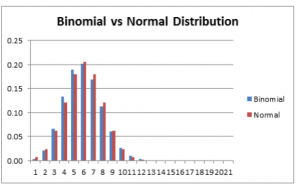 c- The average life of a motor is 10 years and the standard deviation is 2 years. Given that the manufacturer can replace only 3% of the motors for faulty reasons, how long should the guarantee be for if the lives of the motors represent a normal distribution?

e- The lifetime of a particular type of light-bulb has been shown to follow a Normal distribution with a mean lifetime of 1000 hours and a standard deviation of 125 hours. Three bulbs are found to last 1250, 980, and 1150 hours. Convert these values to standardized normal scores.

LO3: Use analytical and computational methods for solving problems by relating sinusoidal wave and vector functions to their respective engineering applications.

a- A system of solar panels produces a daily average power P that changes during the year. It is maximum on the 21st of June (day with the highest number of daylight) and equal to 20 kwh/day. We assume that P varies with the time t according to the sinusoidal function P(t) = a cos [b(t – d)] + c , where t = 0 corresponds to the first of January, P is the power in kwh/day and P(t) has a period of 365 days (28 days in February). The minimum value of P is 4 kwh/day.

b- The figure shown in the diagram below is showing a heavy box that is suspended by two wires where OA is T1 and OB is T2. Represent the two forces T1 and T2 by their vector components using the directions given in the diagram. 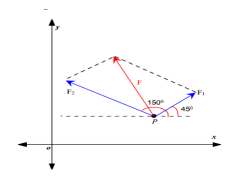 LO4: Examine how differential and integral calculus can be used to solve engineering problems.

a- If two resistors with resistances R1 and R2 are connected in parallel as shown in the figure below, their electrical behavior is equivalent to a resistor of resistance R such that! . If R1 changes with time at a rate r = !”! !” and R2 is constant, express the rate of change !” !” of the resistance of R in terms of !”!
!” R1 and R2.

d- If the switch ‘S’ is at position ‘1’ sufficiently long enough before it is moved to position ‘2’ and after this, it is kept in position 2 as shown in the figure below determine:

Are You Looking for Answer of This Assignment or Essay